It is the first time that one of JLI’s Learning Hubs will be moving beyond the JLI Hub structure. This will open up exciting opportunities to advance research on faith and GBV to wider audiences, and emphasise the importance of building research capacity on faith and GBV in lower and middle-income countries (LMIC).

In early December, the SVRI hosted an online event to launch the Faith & GBV Hub. 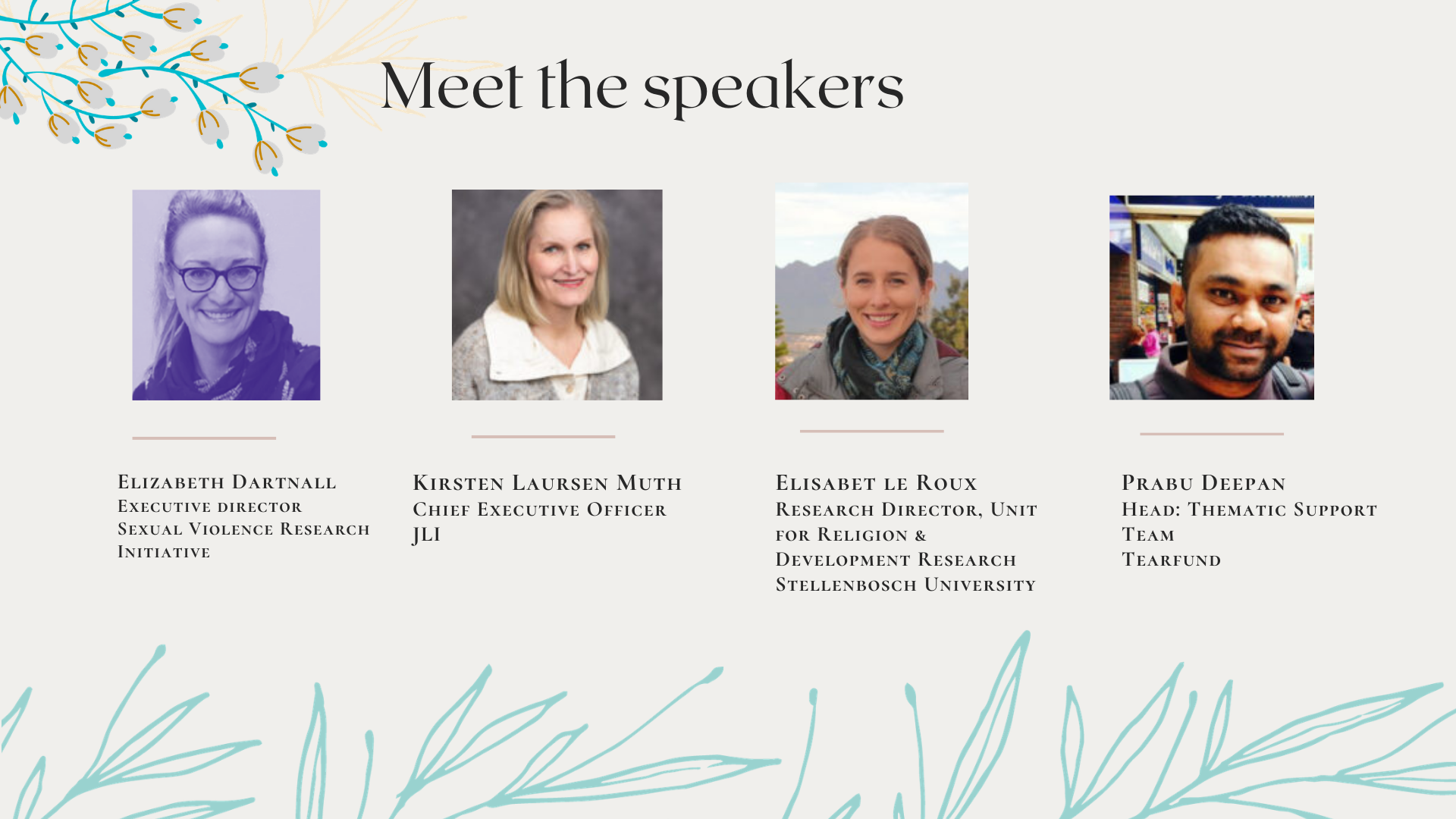 Learn about the event participants on the padlet here

Kirsten Laursen Muth spoke of how, despite building a track record in research and advocacy on faith and development for 8 years, the JLI members and the wider world of faith actors still face the challenge of a secular bias against religion in the humanitarian and development field. The JLI/SVRI Faith & GBV Hub, she said, could play an essential role in mainstreaming the work of the Hub in the wider research community.

Dr. Elisabet Le Roux gave a historical overview of the evolving impact and influence of faith interventions and faith research on violence against women (VAW). While there was a time when faith was not always welcome in research and policy conversations on international development. There is now a growing acceptance of the importance of religion and faith in supporting and providing humanitarian and development VAW interventions. Research on faith interventions is increasingly being mainstreamed in academic discourse, and several governmental development ministries now have dedicated Faith & VAW initiatives. Despite this progress, however, there is work to be done to further mainstream and advance learning on faith and VAW.

Attendees participated in breakout sessions to share their ideas for the future of the JLI/SVRI Faith & GBV Hub. They answered questions on what activities the Hub should prioritise over the coming 12 months, how the Hub can best support members, and how the Hub can include more diverse voices and faiths in its work.

see breakout full responses in the pdf below

Prabu Deepan offered an insight into the essential role of faith actors in shifting social norms. He presented a case study examination of Tearfund’s Transforming Masculinities programme. He specifically noted the role of faith actors in promoting family planning uptake among Protestant congregations in Kinshasa, Democratic Republic of Congo.

View the launch page on the SVRI here