The JLI /SVRI Faith and GBV Hub Leadership Council is made up of members that work within the faith and violence against women (VAW) and violence against children (VAC) fields and represent different perspectives, experiences, constituencies, and geographical diversity. The Leadership Council provides guidance on the strategic direction of the Faith and GBV Hub, its projects and programmes, to ensure that through this Hub, the JLI and SVRI continues to advance research on faith responses for the prevention and response to VAW and VAC in low and middle-income countries.

We are delighted to introduce you to the Hub’s first Leadership Council, established in 2021. Leadership Council members serve in their individual capacity and we are grateful for their time and commitment to providing guidance and recommendations to the Hub and our planned activities. 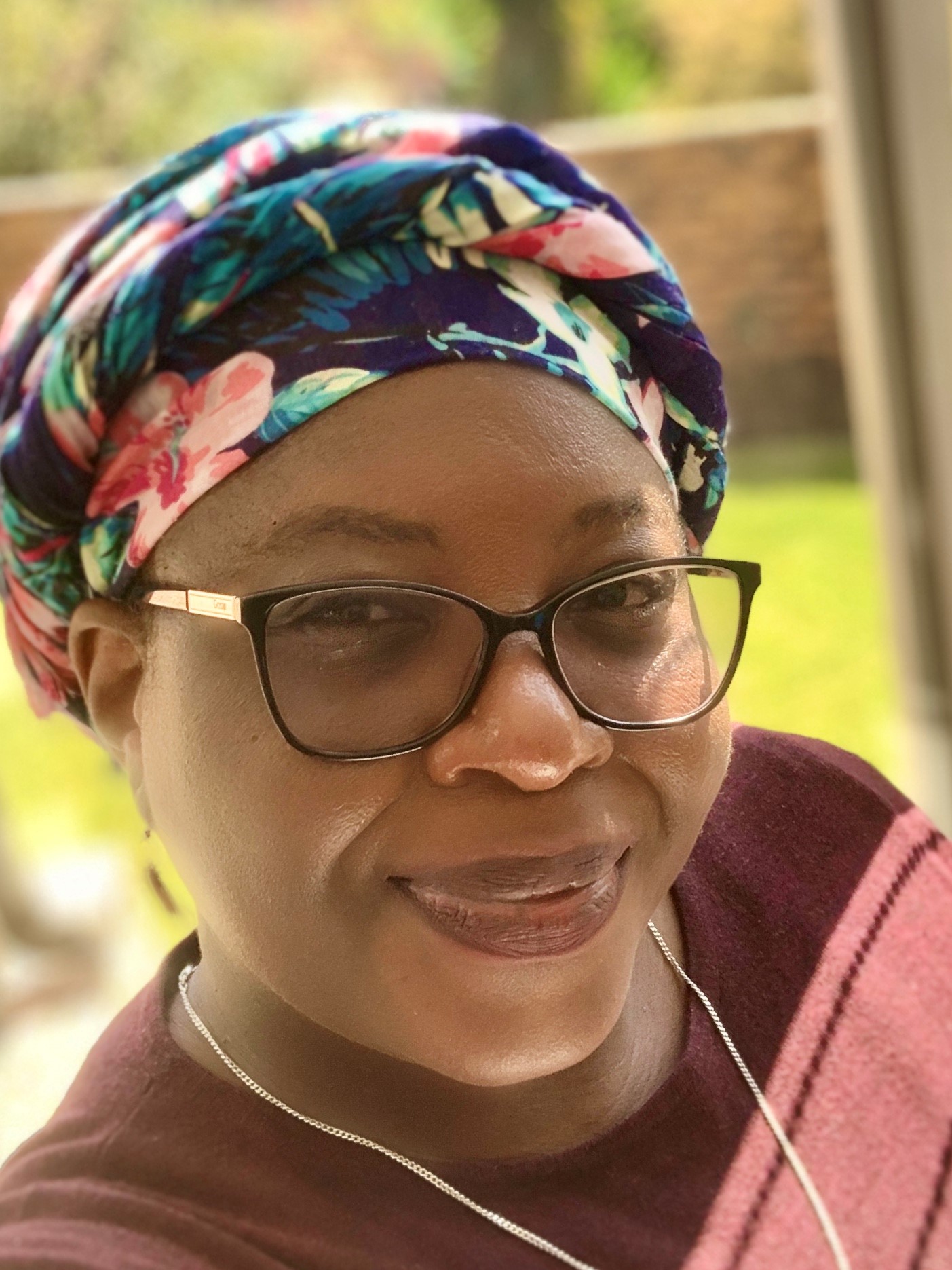 Ms Makombe has led and supported girls SRHR programmes with an aim to access information and services. She has worked in a regional programme on Sexual Violence against Girls in School with an aim of ending violence against children.  She has worked with development sector partners, faith organisations, networks, young people living with HIV and AIDS, funding partners, activists, and marginalised communities in the coalface of injustice.  She has previously held the following roles:

Zanele, holds Masters and Honours Degrees in Development studies both obtained from the University of Western Cape. She also has a BSc in Family and Consumer Studies from Solusi University.  She is an Advisory Board member of the Ujamaa Centre for Biblical and Theological Community Development and Research which is housed in the School of Religion, Philosophy and Classics (SRPC) at the University of KwaZulu-Natal. She also serves in the board of Hope Centre for Children, Girls and Women in Tanzania. 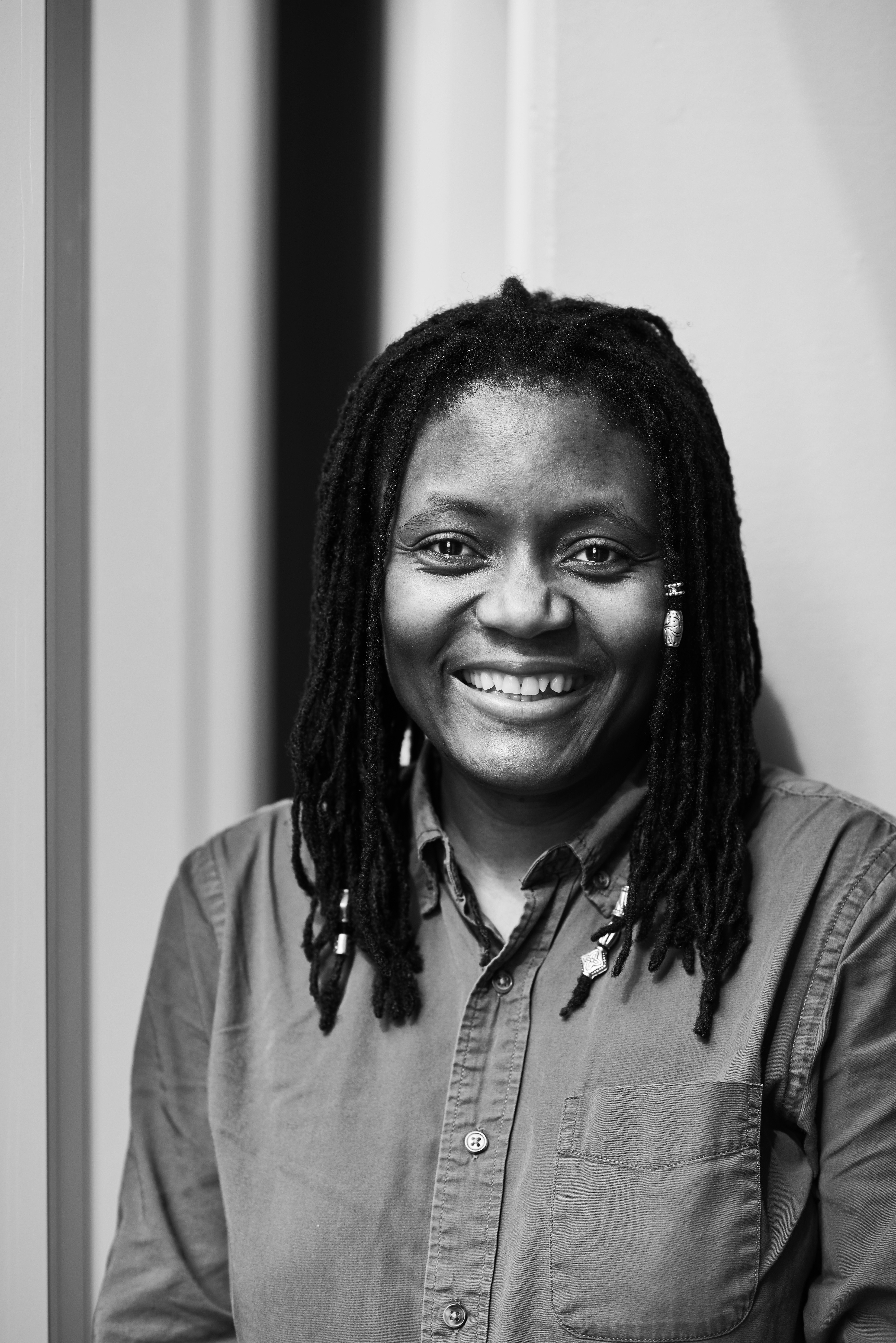 Dr. S.N. Nyeck brings to the Leadership Council experience in transnational and transcultural research and advocacy. She is a scholar of the political economy of development, governance and public procurement reform with an interest on social justice and gender responsive schemes; queer ethics and politics in comparative perspectives. Her publications include Sexual Diversity in Africa: Politics, Theory and Citizenship co-edited with Marc Epprecht (McGill-Queens’ University Press, 2013); Public Procurement and Governance Reform in Africa (Palgrave, 2016); Routledge Handbook of Queer Africa Studies (2019) and Queer African(a) Presence: Ethics and Politics of Negotiation (Palgrave-Macmillan) is expected in 2021. Dr. Nyeck is the book review Editor of the Journal of Africana Religions and is currently completing a Doctorate Degree in Practical Theology at Virginia Theological Seminary to expand her research and advocacy to issues related to ethics, intercultural and ecumenical inclusive epistemologies and practices. 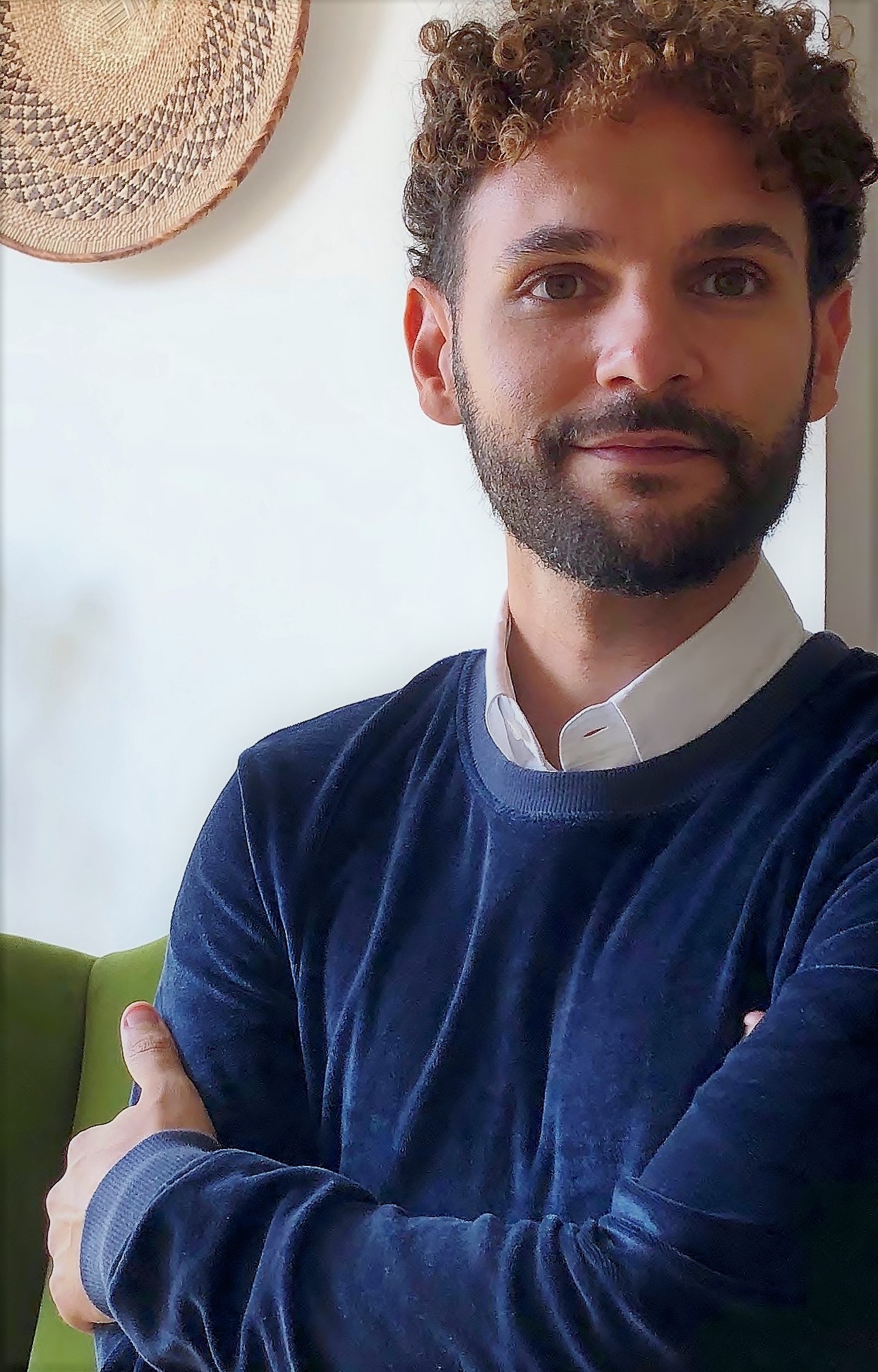 Rafael Cazarin (PhD) is a sociologist with a background in ethnographic research and applied sociology. He was academically trained in Portugal and Spain and has been appointed visiting scholar at multiple research centers such as the University of the Witwatersrand, the University of Oxford, and Université Gaston Berger de Saint-Louis. Throughout these years, he also engaged in applied research with governmental and civil society organizations in Portugal, Brazil, South Africa, Togo, and the Congo (DRC). Since 2019, Rafael holds the Juan de la Cierva Research Fellowship granted by the Spanish Ministry of Science and is based at the Universitat Autònoma de Barcelona. In his work, Rafael aims to contribute with evidence for SGBV prevention policy making in the field of gender justice through research on transformative practices in religious contexts. 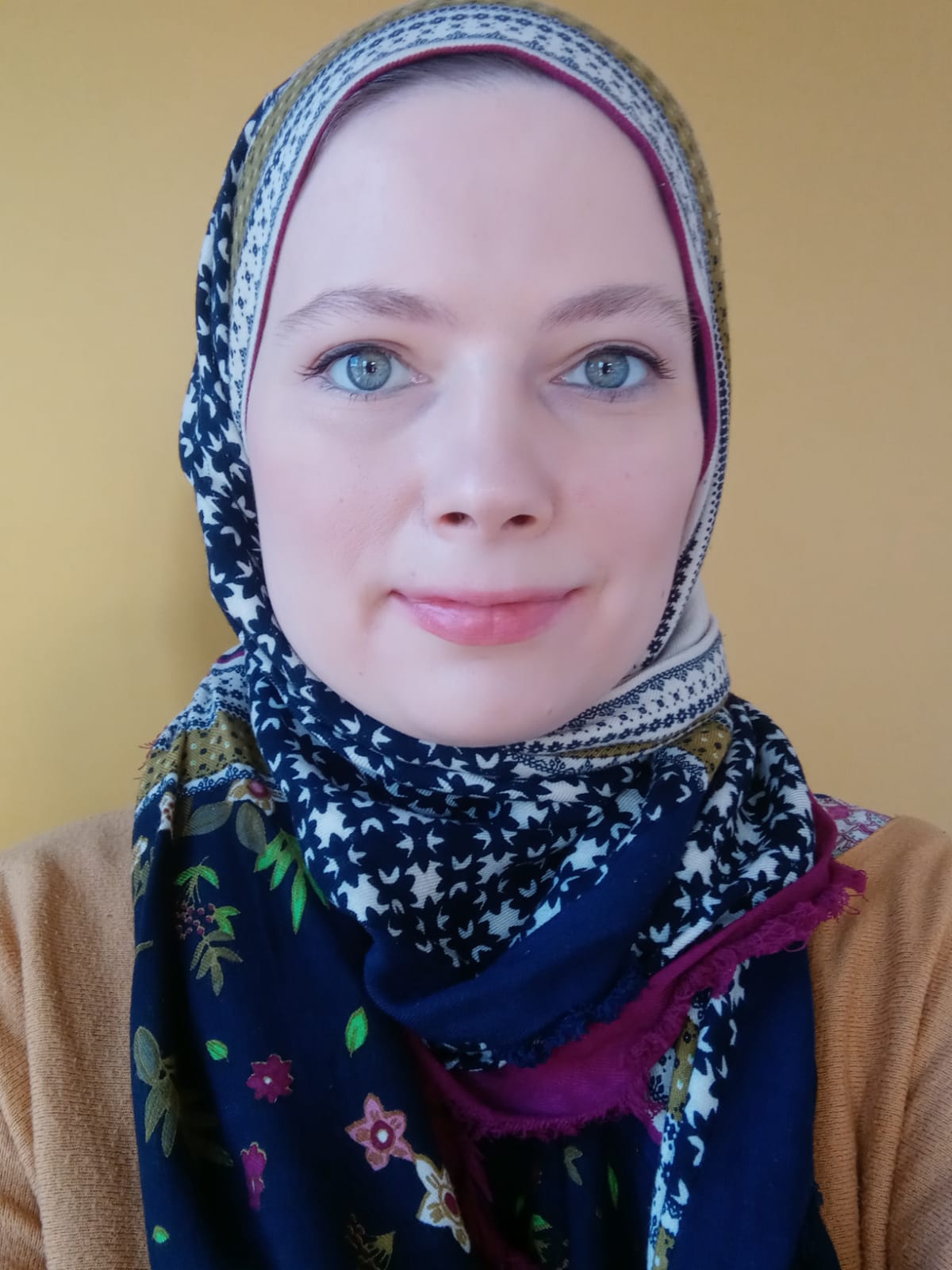 Sandra Iman Pertek is gender practitioner with over 10 years of experience in international development. She is currently a SEREDA Doctoral Researcher at the University of Birmingham. Her research explores the intersection of sexual and gender-based violence (SGBV) and religion in forced migration. She has been working on several research projects, currently leading a project “Untold Stories: Voices of Forced Migrants and Survivors of Modern Slavery on the Mediterranean”, and previously the Forced Migration, SGBV and COVID-19 study. She consulted governmental and non-governmental organizations including Home Office UK, GIZ and Islamic Development Bank, and previously served as Senior Policy Adviser on Gender at Islamic Relief Worldwide, where she spearheaded a gender mainstreaming strategy, authoring its Gender Justice Policy and integrating gender into international programmes with faith sensitive approaches. She serves in the UN Women Roster – Eliminating Violence Against Women Spotlight Initiatives, and used to serve as a Chair and Board Member at the European Forum of Muslim Women in Brussels. She is a founder of a social interest consultancy – EQUISTY and a grassroots women’s organisation – Women of Faith – in London. She holds an MSc in Social Development Practice from University College London and a BA in European Studies from the University of Warsaw. 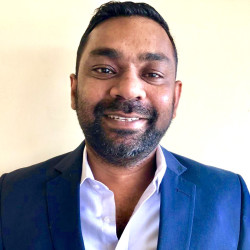 Prabu Deepan is the head of Tearfund’s global Thematic Support Team, based in Colombo, Sri Lanka. He is the architect of Tearfund’s evidence-based Transforming Masculinities intervention, a faith-based approach on gender equality, and positive masculinities which is being implemented in 12 countries, including adaptations focusing on family planning. 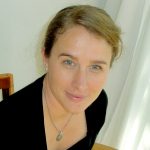 Dr Elisabet le Roux is Research Director of the Unit for Religion and Development Research at Stellenbosch University, South Africa. She has over the past twelve years secured funding and delivered a range of evaluation and formative research projects in 22 countries across four continents, with a particular focus on gender equality, gender-based violence, women’s participation, and a critical lens on the important roles of religion and culture. 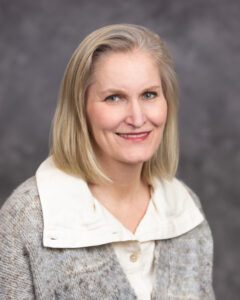 Kirsten is JLI’s Chief Executive Officer. Kirsten’s previous positions include Special Advisor for Leadership Development and Senior Director for International Programs at Episcopal Relief & Development; Deputy Director of Programs at Church World Service; and Deputy Director of Training and Communication Education at Helen Keller International. She has collaborated with multiple UN agencies and has worked with government, non-profit, education, and faith organizations in more than 40 countries. Kirsten holds a Bachelor of Science, Foreign Service from Georgetown University, a Master’s Degree in Social Anthropology and Education from Teachers College, Columbia University. She has also studied textile design at Parson’s School of Design and the School of Visual Arts, and design fabrics. She and her spouse, Mike, live in upstate New York in an antique house with three pets and numerous wild visitors.

Liz is SVRIs first Executive Director. A health specialist with over 20 years’ research and policy-making experience on health systems, mental health, violence against women and children, Liz has worked in several countries, in both government and research positions. Liz has a deep understanding of the policy process and use of research to inform policy and practice. For example, in South Africa, Liz worked for the Department of Health at both provincial and national levels in epidemiology and health information systems. In Australia she worked in mental health for the Western Australian state government. Since 2006, Liz has managed the Sexual Violence Research Initiative (SVRI), and recently with support of multiple partners, launched SVRI as an independent NGO. With more than 7400 members, the SVRI is one of the largest networks in the field of research on violence against women and violence against children. The SVRI produces leading publications and materials; strengthens research capacity, provides research grants and technical assistance for research on violence against women in low and middle income countries; and hosts the key global biannual event in the field – the SVRI Forum. Liz is committed to research and policy-making that is feminist, ethical, equitable and partnership based. Further, through the SVRI and our partners we are reversing the global imbalance in research capacity and resources to ensure research on violence against women in low and middle income countries is led by researchers in low and middle income countries and knowledge production is driven by research priorities and needs of low and middle income countries. 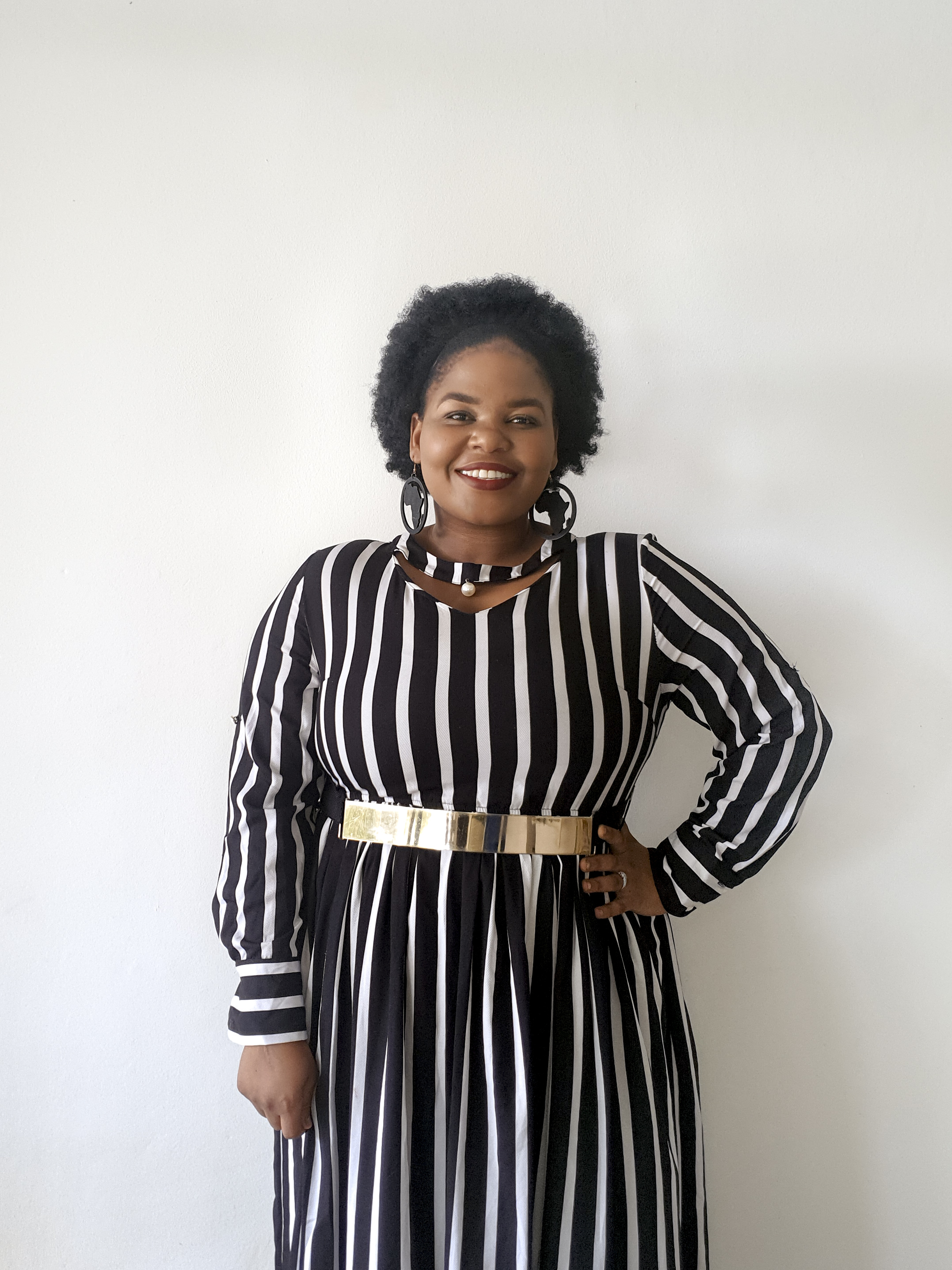 Morma is a Social Worker by training and holds a Masters degree in Social Work from the University of Johannesburg. She worked as a social worker for the Department of Social Development and as an intern social worker at Non-Government Organisations such as Johannesburg Parent and Child Counselling Centre and Theodorah Ndaba Victim Support Centre. Her research interests include gender studies, and the prevention of Gender Based Violence in rural South Africa. 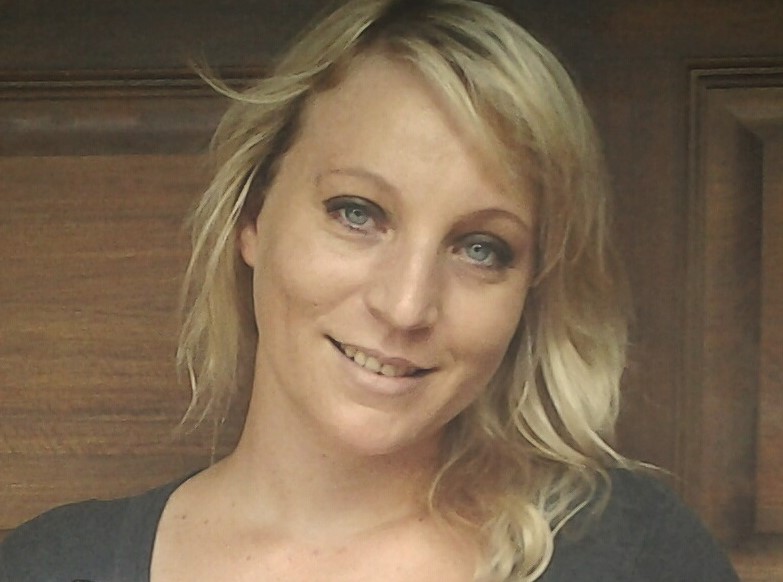 Lizle has over 12 years’ experience in the development sector working on violence against women and girls. She has been on the SVRI Forum organising committee since 2009. Lizle has research experience on violence against women and children in the justice sector under the South African Medical Research Council, and has led research studies in South Sudan and Myanmar. She has extensive experience in supporting research and capacity building activities internationally, supporting regional exchange and learning, as well as grant-making for improved adolescent and youth SRHR services. She holds two Psychology degrees and a Masters degree in Sociology from the University of Pretoria in South Africa.